For nearly 15 years, John J. Kane, Jr. has advised, represented, and litigated for a variety of clients including those seeking expertise in the areas of Wills Trusts & Estates, Environmental law, entitlement approvals, real estate transactions, land development entitlement approvals, property, administrative law and corporate law. In Addition John has represented clients with little or no means to afford representation in a number of legal matters. Noticed for his tenacity and ethics, the Harford County Executive appointed John to the Harford County Environmental Advisory Board – a position he still holds today.

John began his career in the Department of Public Works for the City of Baltimore, and subsequently Harford County. He was promoted to serve as the environmental regulation advisor to Harford County’s Director of Public Works. Starting his own law firm, John has provided counsel too many private companies. In 2007, John began 10 years of service as a State of Maryland employee in key leadership roles for the Maryland Environmental Service, first as Chief of Compliance, and then as Executive Director of the Water/Wastewater Group – where he recently retired. 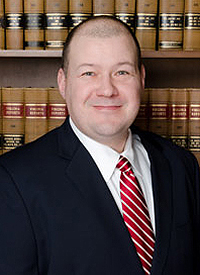 David Vermont has more than 20 years of legal experience as an attorney. In order to obtain substantial trial experience, he started his career as a prosecutor in New York City. He then transitioned to personal injury and medical malpractice cases, and finally has become an expert in product liability cases, focusing on mass torts, in particular pharmaceutical and medical device cases.

For almost 15 years, David was a trial attorney for Ashcraft & Gerel, LLP, where he was a member of the product liability, personal injury and workers compensation groups. He lead discovery and trials numerous pharmaceutical and medical device cases. In particular, on behalf of plaintiffs, he successfully negotiated the settlement of three multi-district litigation (“MDL”) case types:

At Ashcraft, on a pro bono basis, David represented September 11th victims applying for benefits from the Victim’s Compensation fund. In addition, he coached and mentored a staff of three employees.

Before Ashcraft, David was an Associate Attorney at Callan, Koster, Brady and Brennan, LLP, a prominent defense firm. One of his most interesting cases was his successful defense in the “Cyber Rape” case in New York City, which was the first case to look at the issue of electronic communications and their relation to rape shield laws. In that case, he successfully proved that communications between the parties before the alleged incident were admissible as to the issue of consent.

David began his legal career as an Assistant District Attorney in Brooklyn, New York, where he prosecuted several hundred misdemeanor and felony cases – everything from shoplifting to armed robbery to murder cases. He was active in prosecuting domestic violence cases, including the conviction of a mafia lieutenant and rap star “Old Dirty Bastard.” He presented over 100 cases for indictment to the Grand Jury of the State of New York, and he became a supervisor in the D.A.’s case intake bureau, evaluating arrests made by the New York City Police Department for legal sufficiency and determining which level of offense with which to charge defendants.

David received his B.A. in History from Binghamton University and his J.D. from Fordham University School of Law.